In Situ Recording of Mars Soundscape

(Swipe to see more) or use the toggle bar (on desktop)

Nasa’s Perseverance rover has two microphones installed that will, for the first time ever, help understand the acousticrelating to sound environment on Mars. SuperCam microphone is mounted on the mast, that moves along with the camera which can record air pressure fluctuations from 20Hz to 12.5 kHz or 50 kHz. The second microphone, the EDLCam (Entry, Descent, and Landing Camera), is fixed to the rover’s body on its port side. This second microphone can record frequencies from 20 Hz to 20 kHz. Here is what the setup 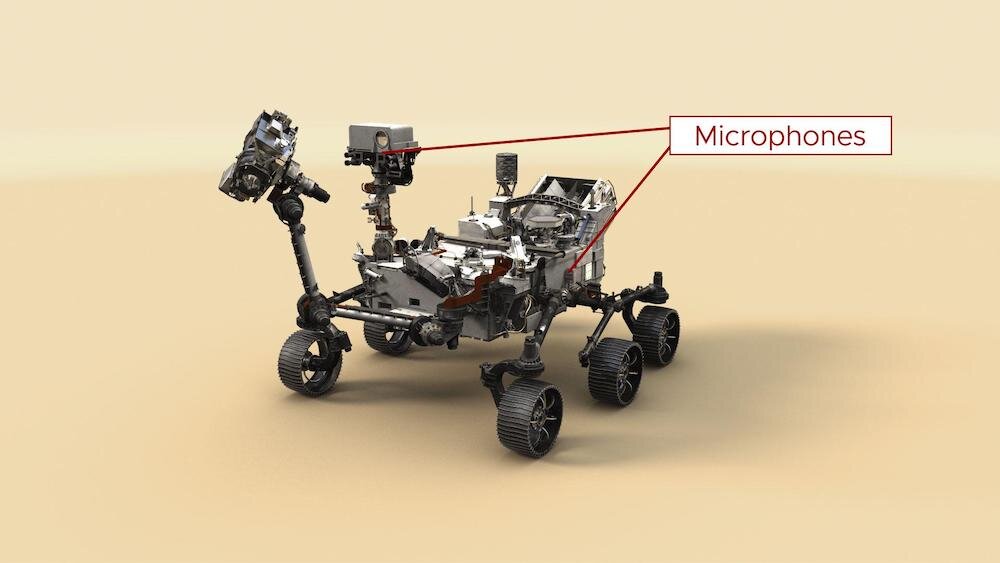 looks like.
The recordings of sounds in the Mars environment will help us understand the composition of the atmosphere and how sound propagates through it. Mars has an atmospheric pressure of 0.6kPa (only 0.6% of that of Earth) and its atmospheric composition is 95% CO2. This information alone can help us predict that acoustic impedancea measure of the ease with which a sound wave propagates through a particular medium is approx. 20dB weaker on Mars than in Earth’s atmosphere, if produced by the same source, the speed of sound should be around 240 m/s near the surface and acoustic waves are heavily damped in CO2 at these levels of pressure and temperatures.

Out of all the sound recordings, Sol 148 (Solar Day 148) is the most active one recorded where atmospheric turbulence was detected up to 600 Hz.

The Martian planetary boundary layer (PBL) is the part of the atmosphere in contact with the surface and extends to several km. It is prone to convective turbulenceConvective turbulence is the result of surface heating on the ground which results in updrafts and downdrafts during daytime as a result of unstable near-surface temperature gradients. This turbulence can cause high frequency variations in atmospheric pressure, wind speed and temperatures. Conversely, during night-time, the cooling of the atmosphere efficiently reduces the convection and turbulence. This creates highly stable conditions.
The balance between energy production and molecular dissipationlosing energy to the environment controls the total amount of turbulent kinetic energy in the boundary layer and, as such, the dissipation mechanism is intrinsically linked to the PBLplanetary boundary layer dynamics. Molecular viscosityViscosity is a measure of a fluid's resistance to flow. E.g. syrup has a higher viscosity than water. dissipates the turbulent kinetic energy into heat. A larger dissipation leads to a faster turbulence decay, in turn suppressing small-scale wind gustiness, and vice versa.

Speed of Sound on Mars

On Mars, the dispersion and speed of sound varies with frequency. High frequency sounds travel at about 10 m/s faster than low frequency waves, as a consequence of the low-pressure carbon dioxide atmosphere.
From the daytime measurements, sound speeds between 246 m/s and 257 m/s are obtained, with maximum values between 11:00 to 14:00 Local True Solar Time (LTST) and minimum values around 18:00.
The dispersion of the sound speed during the approximately 20 min of a target analysis with LIBSthe laser mounted on the rover for laser-induced breakdown spectroscopy is at its maximum at noon (1.5%) and is reduced to 0.5% at 18:00, which highlights the vanishing of the atmospheric turbulence at dusk.
SuperCam’s microphone highlights a sound speed dispersion of about 10 m/s in the audible range at the surface of Mars. Here's a graph

detailing the different speeds of sound at different times.

The most remarkable property of sound propagation on Mars is the magnitude of the attenuationlessen or weaken at all frequencies, especially above 1 kHz. On Mars, we have this huge attenuation with distance. Carbon dioxide is made of three atoms and vibrates in such a way that it absorbs high-frequency sound. If we had a conversation separated by 2 meters, it would be equivalent to 60 meters on Earth. Attenuation of an 8-kHz wave ranges from −9 dB at 2 m to −40 dB at 8 m. On Earth, the attenuation ranges from −6 dB at 2 m to −20 dB at 8 m, and is almost exclusively resulting from the wavefront spreading. To reach an attenuation of −40 dB on Earth, the source would need to be at 65 m.

Energy exchanges at the molecular scale also need to be considered to accurately model the sound propagation and its parameters (like speed and attenuation). More sound speed measurements at different local times and seasons will allow the study of atmospheric fluctuations at a scale of a few metres on Mars. Wind and turbulence, driven by heat fluxes, are natural sources of pressure fluctuations on Mars. Finally, beyond the rumble of the wind, the acoustic signatures of our robotic presence on Mars are rich in information on the health of the rover subsystems. 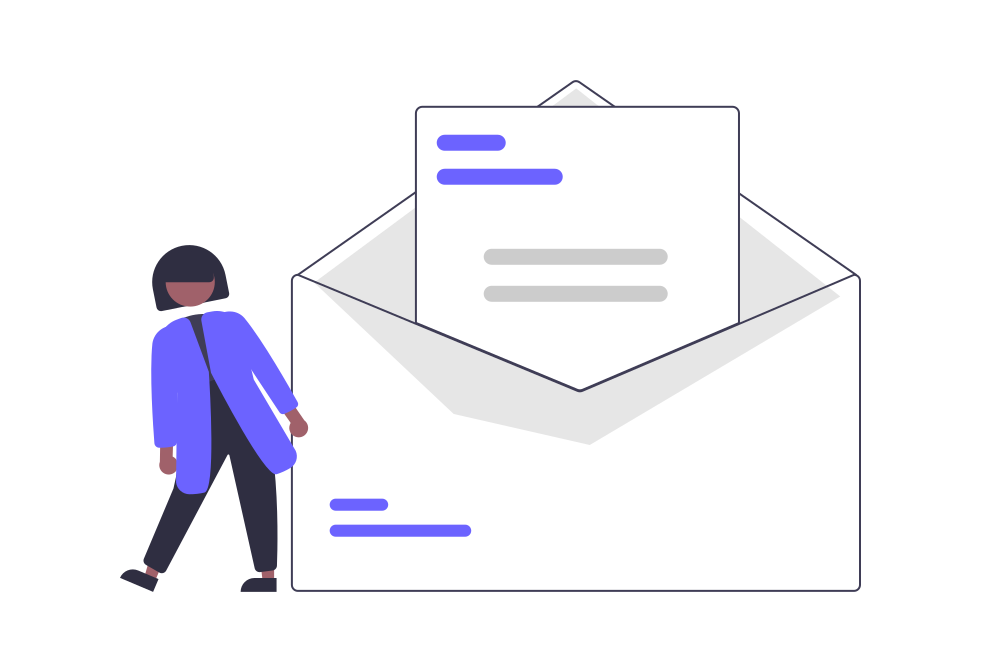 Hey, Want to keep learning?Subscribe now to get our editor’s top picks + get a 50% off coupon code!

Get research articles and their key insights right in your inbox. Stay updated with the latest discoveries and research.