Almost 60% of US adults report having experienced pain in the past 3 months and pain is one of the main reasons American adults seek medical care. Intriguingly, although providing adequate pain relief is a major task of the healthcare system, there are currently no clear-cut and standardized pain management protocols in place. As such, physicians are tasked with making complex assessments of patients’ subjective pain and integrating various medical factors to determine whether or not to prescribe pain medication. Consequentially, the subjective nature of pain management makes such decisions vulnerable to a host of biases, such as the race or the gender of the patient. Another factor that could potentially play a role in such decisions is the timing of physicians’ shifts. Specifically, given that night shift work entails sleep deprivation, circadian misalignment, fatigue, and stress, factors known to not only hinder physicians’ ability to understand patients’ pain but also to blunt the fundamental cognitive functions of the former. It is not unlikely that fewer analgesicsAnalgesics are medications that relieve pain. Unlike medications used for anesthesia during surgery, analgesics don't turn off nerves, change the ability to sense your surroundings or alter consciousness. They are sometimes called painkillers or pain relievers. could end up being prescribed during night shifts.

As such, within the context of this study, the authors sought to diligently address if the timing of physicians’ shifts has any measurable impact on the prescription of pain relievers. 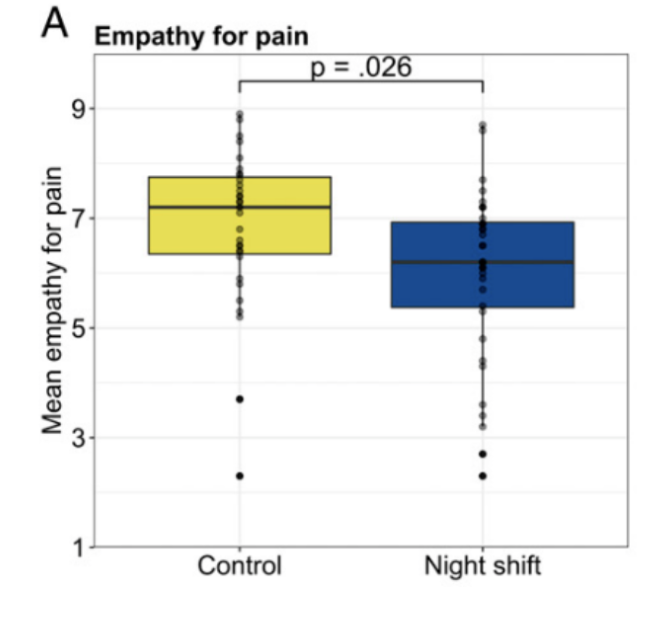 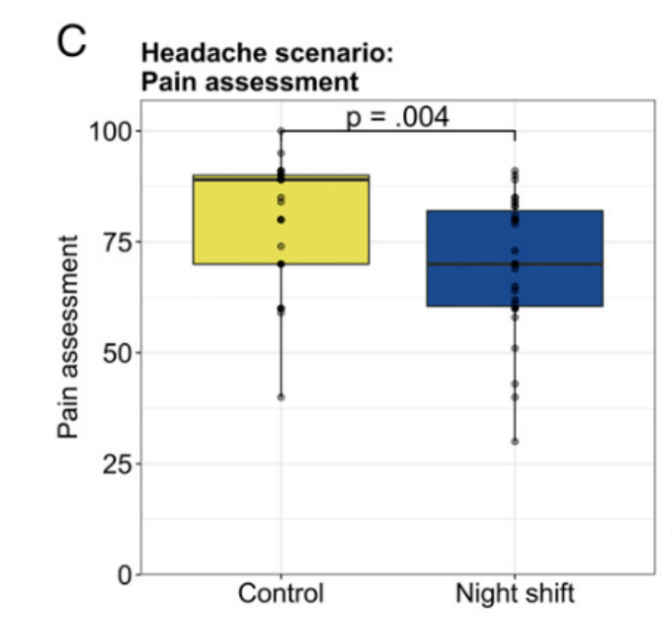 and were less likely to prescribe analgesics (figure 1D) 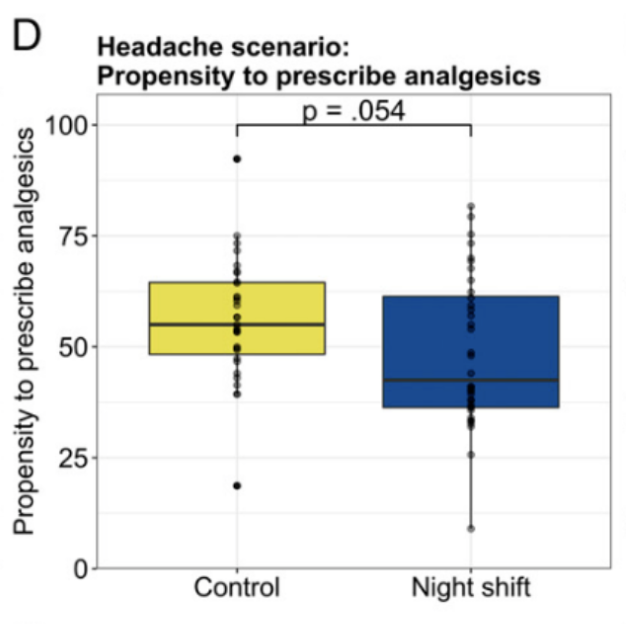 . Interestingly, it was also clearly documented that the more strong the doctors perceived patients’ pain to be, the more likely they were to prescribe analgesics (figure 1E). 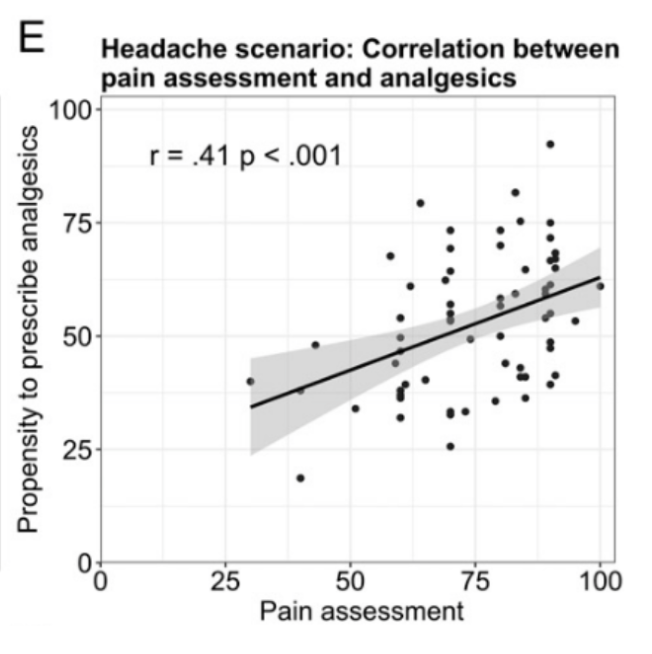 In study 2, the authors explored this phenomenon in medical decisions in the field. They analyzed three emergency department datasets from Israel and the United States that included discharge notes of patients arriving with pain complaints from 2013 to 2020 (n = 13,482). Across all of these datasets, physicians were not only more likely to prescribe an analgesic during day shifts, when compared to nighttime shifts (Figure 2A) 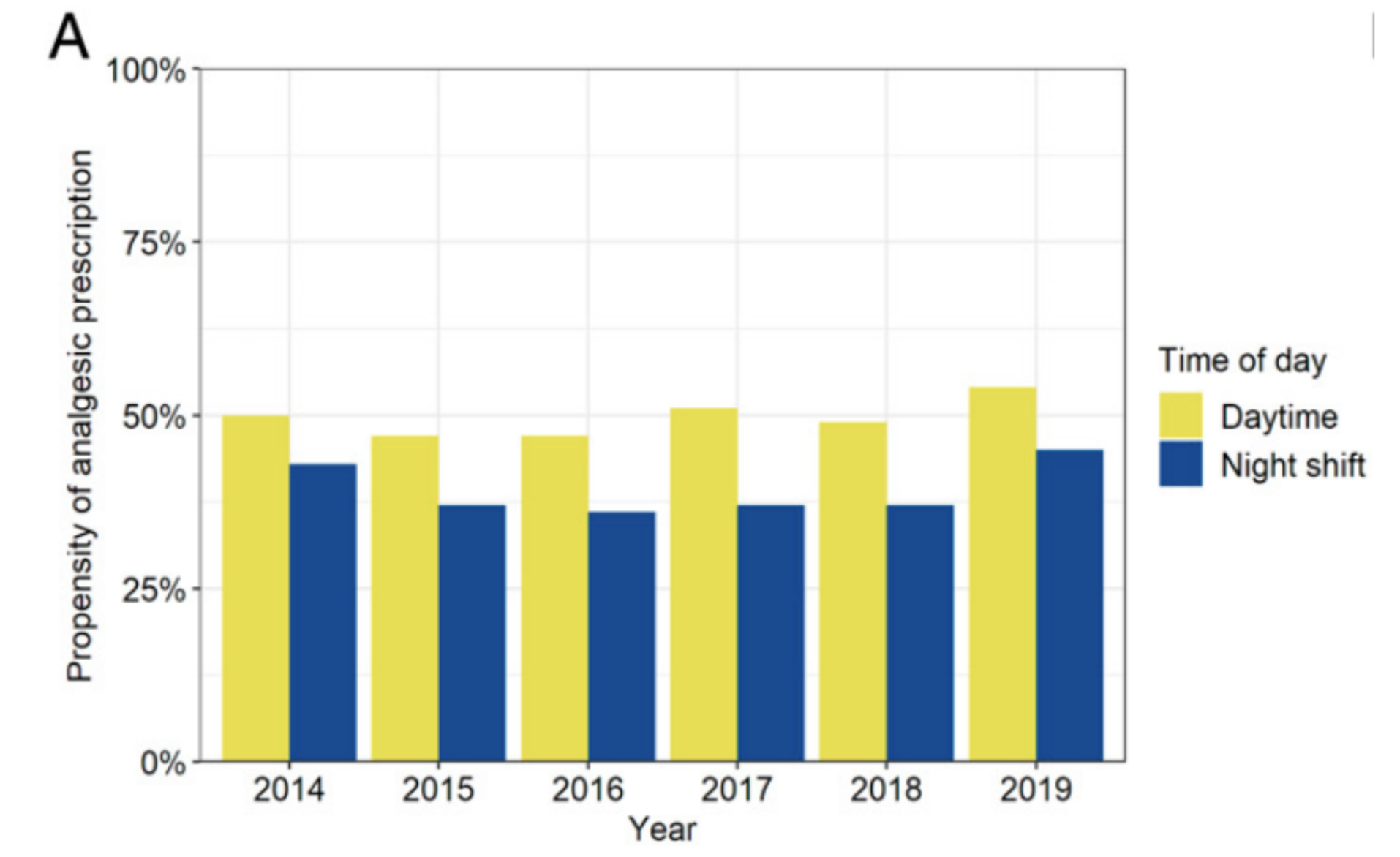 but also prescribed fewer analgesics than generally recommended by the World Health Organization.

Within the context of this study, the authors have managed to provide robust evidence that a seemingly arbitrary factor—whether or not a physician is on a night shift—appears to dramatically affect physicians’ sensitivity to patient pain and their propensity to prescribe analgesics. As such, their findings highlight the need to not only implement structured pain management guidelines in hospitals but also to improve physician working schedules. Finally, the authors’ observations could potentially have implications for workplaces that involve shift work and empathic decision-making, such as crisis centres, and the military. 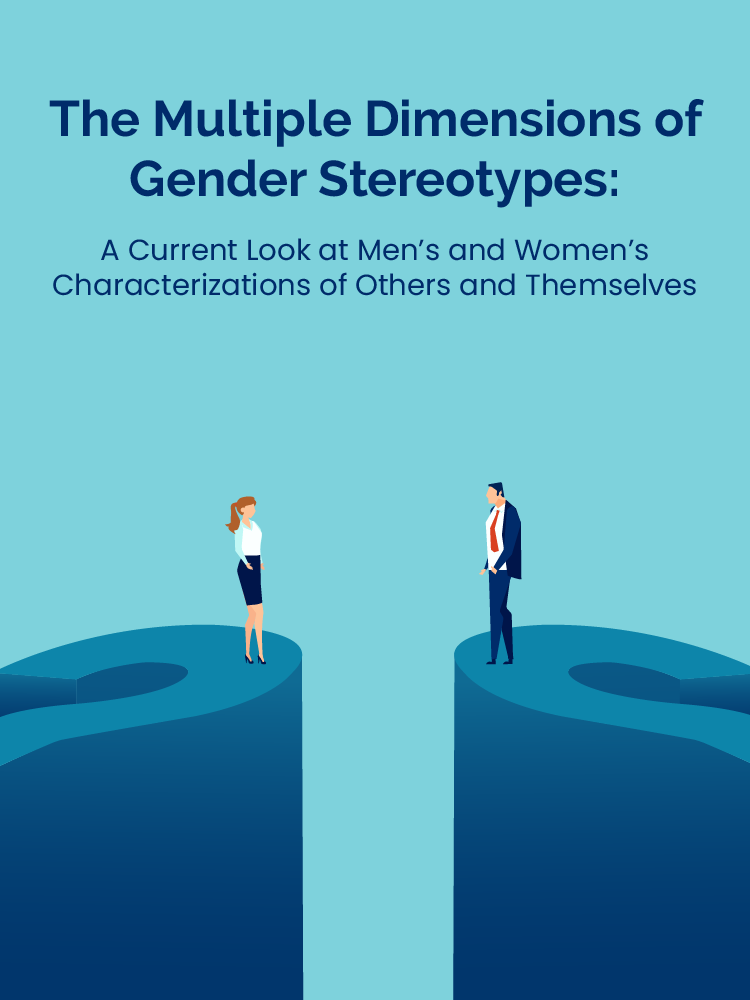 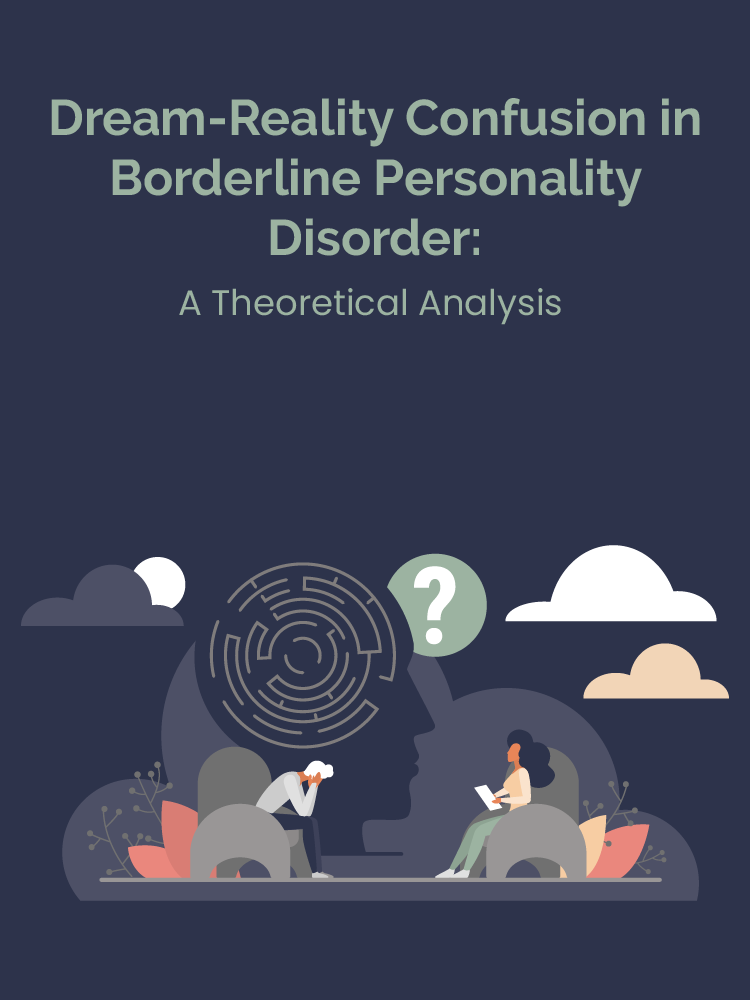 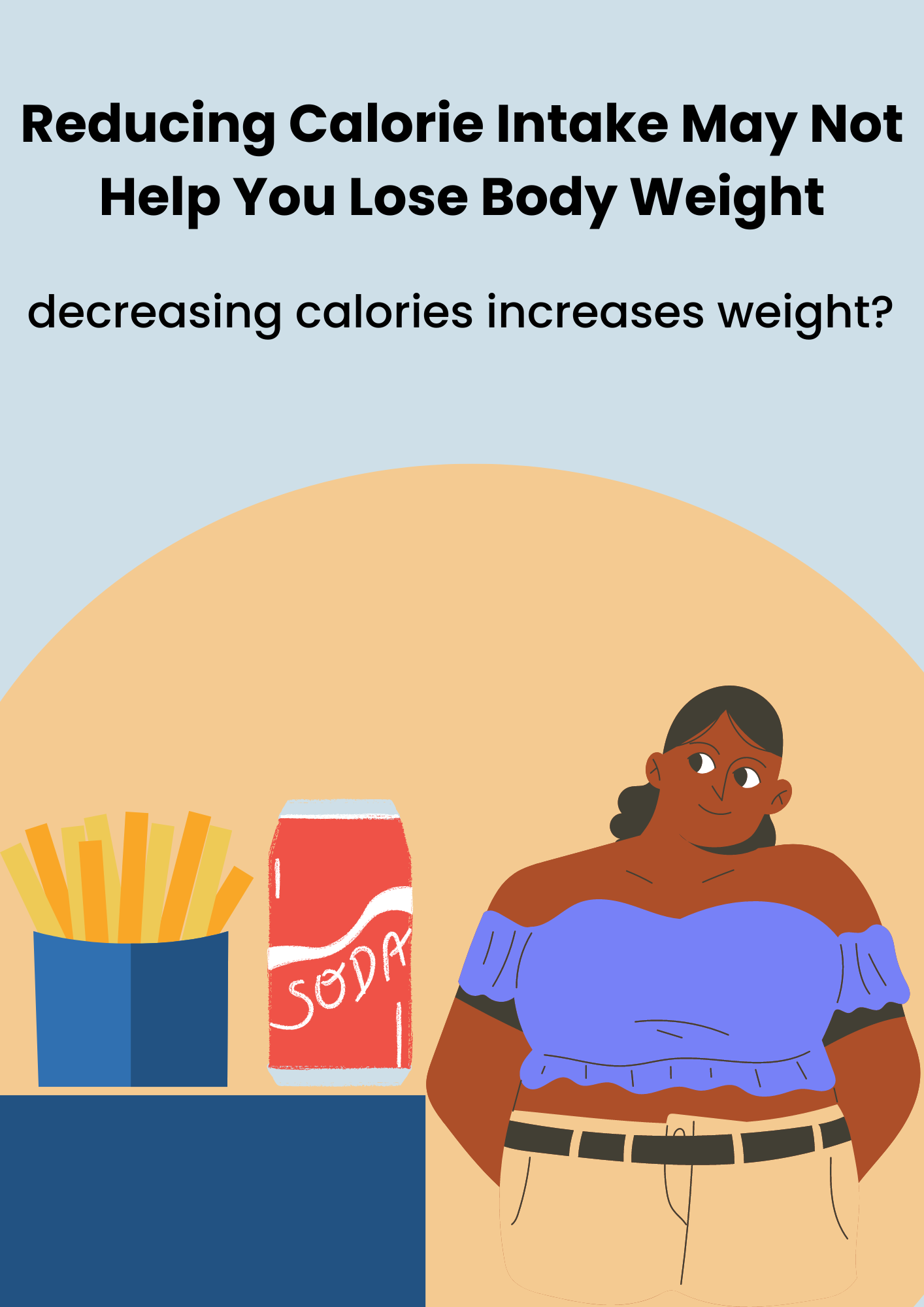 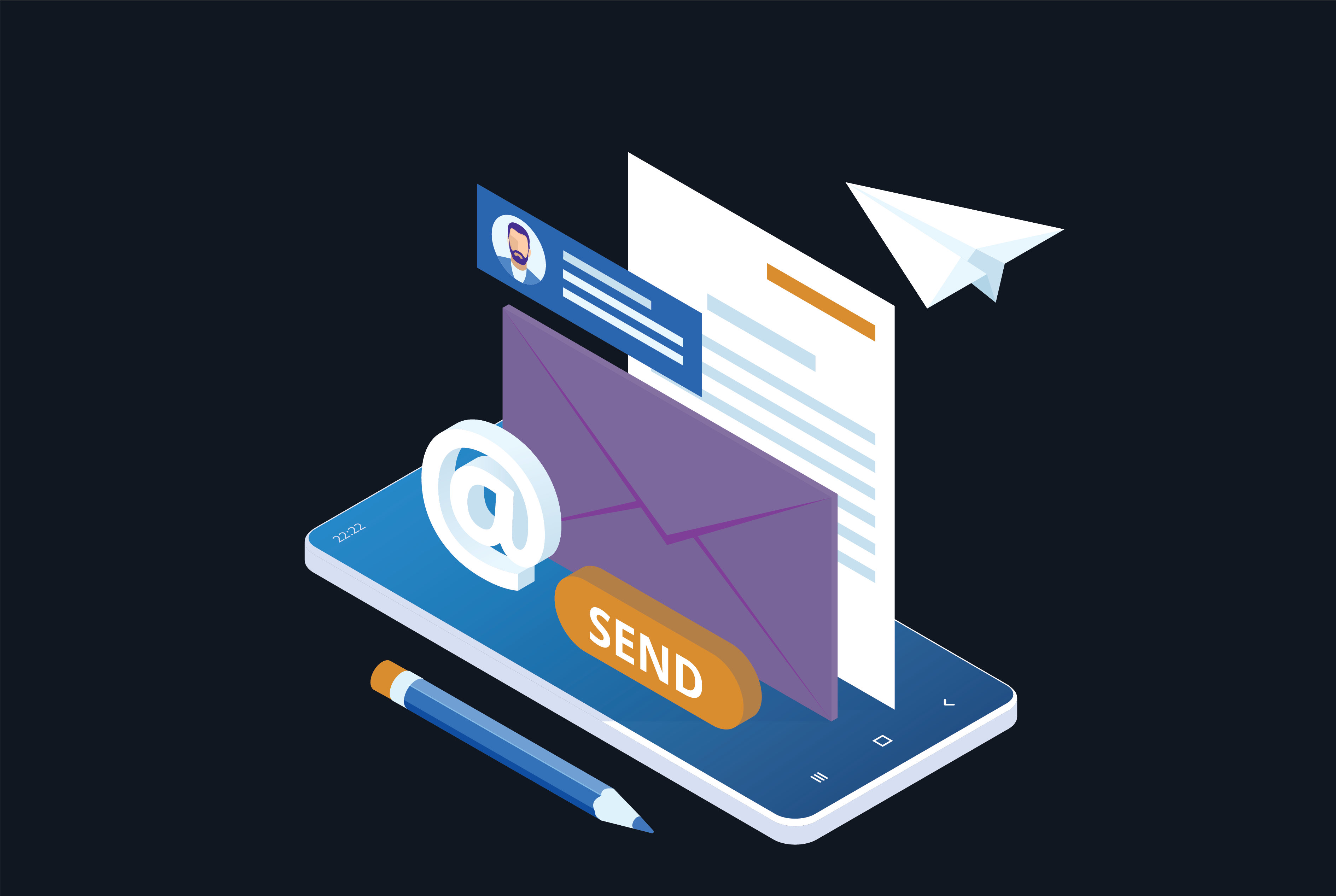 Get updated from Outread. Subscribe to our newsletter to get 50% off on the monthly subscription.